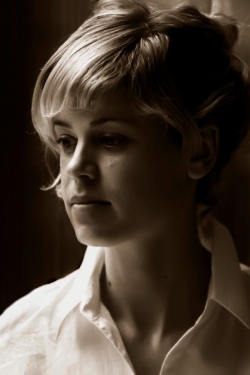 Emma Reverter. Degreed in law and journalism, Emma Reverter lives in New York where she works as a communications advisor at the Cervantes Institute and as a journalist for various publications, of which the Vanguardia and National Geographic stand-out. Reverter has specialized on issues pertaining to human rights. Since 2001 she writes on human rights issues for the Catalan paper AVUI and in 2004 published the book “Guantanamo, Prisoners in Limbo of International Legality” (Peninsula Editorial), as a reflection of her visit to Guantanamo Naval Base, visited by invitation from the Pentagon. Since the publication of “Guantanamo” she has actively collaborated with the Center for Constitutional Rights of New York (CCR) –one of the sources for the book—and with the Innocent Project; an organization that has obtained the liberation of more than 200 death row inmates through DNA tests that proved their innocence, and for which she does translations for their Hispanic clients. In 2005 she participated, along with Paul Auster and Salman Rushdie and 10 more authors members of PEN Club, in a lecture at the Cooper Union Auditorium of New York in favor of human rights and the closer of USA prisons in Guantanamo and Irak.