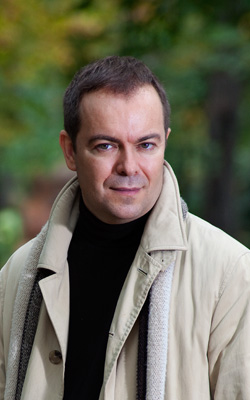 Javier Sierra is one of contemporary Spanish writers with greatest international projection. In 2006, his novel, The Secret Supper, became the number six-most sold book in the United States, according The New York Times prestigious ranking. He was the first Spaniard having such sign of recognition and, as a result, his books have been published in more than forty countries. Novelist, traveler, researcher… Sierra, is, essentially, a seeker of the truth that hides in the most recondite places. His great merit is his innate capacity to interpret history’s small details from an astonishing perspective.

Winner of the Planeta Award 2017