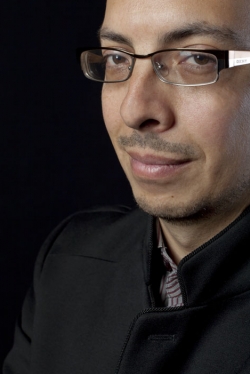 Jorge Volpi (Mexico, 1968) has doctorate in law from UNAM as well as PhD in Hispanic Philology from the University of Salamanca. He has received grants from the Guggenheim Foundation, has been professor at the universities of Emory, Cornell, Las Americas de Puebla, Pau, Católica de Chile, Nacional Autónoma of Mexico and Princeton and is presently a member of the National System of Creators in Mexico. He is author of novels: The Peace of Tombs and Melancholic Temperament. With In Search of Klingsor (awarded with the Biblioteca Breve and Deux Océans-Grinzane Cavour prizes) he began a "Trilogy of the Twentieth Century", which following parts are The End of Madness and It won’t be Earth. He has also written the short novels collected in the volume Days of Wrath, as well as Healing Your Sour Skin, The Devastated Garden and Dark Forest Dark. He is the author of the essays Imagination and Power, War and Words, Contagious Lies (Premio Mazatlán for best book in 2008). Bolivar's Insomnia (Premio Debate-Casa de América 2009) and Reading the Mind. In 2009 he received the Premio José Donoso of Chile for his entire output. In 2012 he received the Planeta-Casa de América award for the novel "La tejedora de sombras" (The shadow weaver). He is a Knight of the Order of Arts and Letters of France, and the Order of Isabel la Catolica of Spain. He writes for the Reforma and El Pais newspapers as well as the Nation. His books have been translated into twenty five languages.