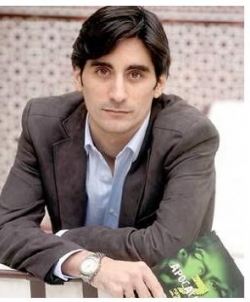 Manel Loureiro has a degree in Law from the University of Santiago de Compostela (Galicia). Combining his studies in this historical city with some television projects, he was an anchor man for various television programs. From writing screenplays he found his interest for writing. His first novel Apocalypse Z has been an immediate success and cult phenomenon in internet. It has had hundreds of thousands of readers worldwide. Apocalypse Z, Dark days, the sequel with the same heroes and their fight to survive in a world dominated by the Undead, has won Manel Loureiro the title of the first author of terror zombie novels set in Spain.