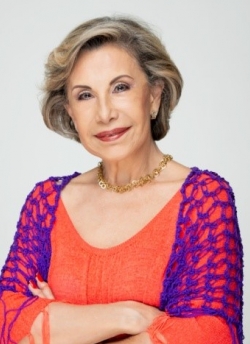 Maira Landa was born in Cuba and resides in San Juan, Puerto Ric, where she obtained a Master’s degree in Creative Writing. As President of the Board of Directors, Ms. Landa organized the first Festival de la Palabra in Puerto Rico in 2010. This inaugural event rounded up 65 internationally known writers and since then is held annually in the island. The UNESCO awarded her a diploma In recognition to her dynamic contribution to the island’s literary scene. She was invited as special guest in the the Festival de la Palabra 2012, where she actively participated as panel moderator and in roundtables with several authors such as Jorge Volpi, Eduardo Garrigues and Alfredo Pita. Ms.Landa has presided few novel juries and was the winner of the 2006 literary contest “Manuel Joglar Cacho,” sponsored by the Institute of Puerto Rican Culture, During four years she also participated as a panelist at the literary radio program “Tardes de Tertulia,” where numerous distinguished writers were interviewed.

In 2009 her novel – Concert for Leah – was chosen as fifth place out of 492 novels submitted worldwide and also won the PEN Club International Prize for the best novel published in Puerto Rico in 2010. Now in its third edition, Concert for Leah is currently assigned to high school and college students in Puerto Rico and abroad.