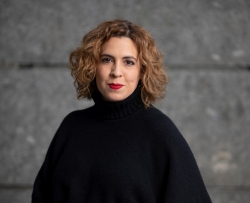 Ana Campoy (Madrid, 1979) is a writer and journalist. She studied Audiovisual Communication at the Universidad Complutense of Madrid and for several years devoted herself to theater and cinema, activities that she interspersed with various jobs in radio, the written press and television.

After specializing in screenplay and narrative, she decided to establish herself in the world of literature and published the children's series "The Adventures of Alfred & Agatha" (2011-2015, Edebé) consisting of eight titles. The collection has been a success both inside and outside our borders and its rights have already been translated into several languages.

As a journalist, Ana Campoy has collaborated in Cadena Ser and in the magazines "Jot Down", "Jot Down Kids" and "Canino". In addition, she coordinates the children's literature section of the Festival Celsius 232 that is held every year in Avilés. 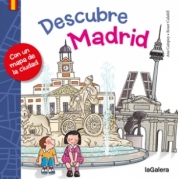