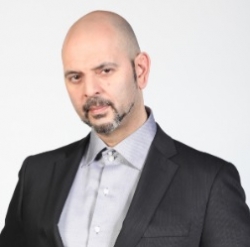 Daniel Estulin is a researcher, writer, public speaker, senior political analyst, film director, producer and foreign policy adviser to the Joint Chiefs of Staff of two Latin American nations. He has published 14 books, among which figure “The True Story of The Bilderberg Club”, published by Planeta in 2005, and which has become an international bestseller published in 68 countries and translated into 34 languages. Nominated for Nobel Peace Prize in 2015. Former host of the highest rated Spanish language TV show in the world, Desde la Sombra, with RT (Russia Today).