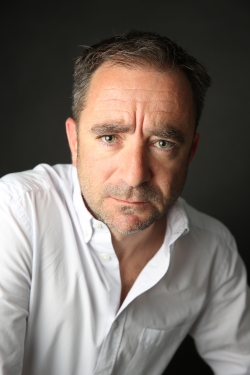 Álvaro García Hernández is a writer and a secondary education teacher of Spanish and Literature. He has been involved in the world of letters since childhood and is the author of several novels aimed at a teenage audience.

Ana y nada (EDISENA, 1997) was his first literary work, published after he was the runner-up of the I Emilio Murcia Novel Prize. García Hernández is also known for his blog "Diary of a Wrong God", which he launched in 2007, with the purpose of connecting with readers through short stories; a method that he acknowledges having learnt and refined in this media, and which nowadays is among the most read in Spanish.

Both the Internet and social media have played a key role in his development as a writer. Proof of this is TQMC? I love You Very Much (Sansy, 2011), a novel by installments that achieved great success thanks to its dissemination on the social media platform Tuenti. As well as its sequels, published under the same publisher's label: I Miss You (Sansy, 2012) and Ana's Intention (Sansy, 2014).