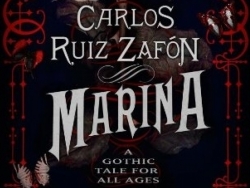 0
"Marina", by Carlos Ruiz Zafón, enthusiastically reviewed in "The Guardian"

Marina, by Carlos Ruiz Zafón, has been enthusiastically reviewed in the teen books section of the prestigious british newspaper The Guardian. Published in England by Weidenfeld & Nicholson last September (in Spain it came out in 1999 in Edebé), the novel (the fourth written by Carlos Ruiz Zafón, just before his best seller The Shadow of the Wind in 2001) has been deemed by alanahbee as «a fine piece of well-crafted, intriguing, chilling literature». Ruiz Zafon's style has also been celebrated, being deemed as «a feat in itself» and highlighting its «beauty». Its treatment of teenage angst is compared to the one in such important books as The Catcher in the Rye; the review ends with a clear statement: «Marina should soon become a modern classic and I can't sing its praises enough». The review can be read in the newspapers' webpage.