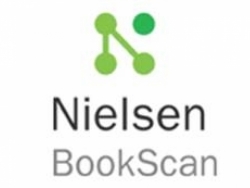 We're happy to see two of our titles in the best seller lists of 2013 published by Nielsen Bookscan. Javier Sierra, with his latest novel El maestro del Prado (The Master of El Prado), appears, in the sixth position, as the first Spanish author in the list, with almost 150.000 copies sold of this last book. María Dueñas is in the tenth position with Misión Olvido (Mission Oblivion), that sold almost 120.000 copies. Rights to El maestro del Prado (an intriguing mixture of fiction, essay and biography in which a mysterious master explains the works of the museum to the author) have been sold to the United States, Brazil, Russia, Poland and Romania, in translations that are in the works and will see the light of day at the end of this year. Misión Olvido blends love, intrigue and appealing characters through the story of Blanca Perea, a teacher that will come to surprising conclusions while working on a project that was thought to be boring and unsubstantial. The book has repeated the astounding success of El tiempo entre costuras (The Seamstress) and has been translated into English, French, German, Italian, Portuguese, Dutch, Russian, Czech, Polish, Romanian, Hungarian, Serbian, Swedish, Norwegian and Catalan.