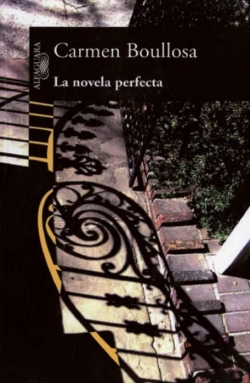 Year: 2007
Editorial: Alfaguara
Language: Español, Catalán
Synopsis: A neighborhood in Brooklyn, and another in Mexico City, come face to face in the novel that gives this book its name. On Dean Street, between Fourth and Fifth Avenues, a lazy writer is about to create the perfect novel without the bother of writing it. His neighbor has just invented a strange piece of hardware that will "write" it for him. A small sensor – applied to the underside of the writer's tongue – receives all the signals emitted by his brain (sights, sounds, sensations, scents) that together constitute the novel, and records them on a drive. This enables readers to actually "read" the novel exactly as it was imagined by the writer. There´s one catch: the writer's mind tends to wander. Another idea for another novel captures his attention: New York City in the Thirties, diamonds, and a sweet, sweet Mexican actress who – like the writer – never seems able to finish what she starts. The resulting clash of narratives is hilarious, chaotic, and tragic by turns.