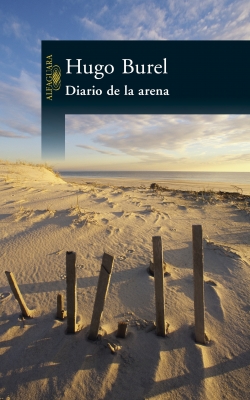 Year: 2010
Editorial: Alfaguara
Language: Español, Catalán
Synopsis: In 1974, Miguel Vernier, employee at a printing press is fired for printing a political leaflet. Afterwards he accepts a job as caretaker of a large expanse of sand lost in the eastern part of the country. The strange and magical surroundings of that place, the monotony of the sand banks, the near-by village, and the exasperating backdrop of the dictatorship, are good ingredients for the intrigue, drama and madness to take over the plot. The postponed and late reading of Onetti’s Shipyard is one of the elements of that alienation, which also taints the obsessive lieutenant Molina, who harasses Vernier with his interrogations. A protagonist who flees not exactly knowing what, a girlfriend who drops him over the phone filling him with doubts, the large expanse of sand that hides many mysteries, an old man in tatters who appears and disappears through the dunes, and a village with its inhabitants no less mysterious… Sand Diary, a book where the game between reality and fantasy achieves a tension which gives unity to all the narrated situations. Hugo Burel’s latest novel traps the reader from the first page to the last with adventure, fantasy and suspense.