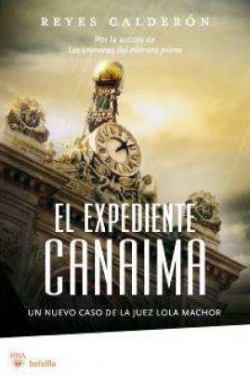 Year: 2009
Editorial: Rba
Language: Español, Catalán
Published at: Muza (Poland)
Synopsis: Lola MacHor, High Court Judge of Navarre, is preparing her transfer to the Federal Court when her last case, the rape of a teenager at the hands of a dangerous drug dealer, resurfaces with all its crudeness. Meanwhile, a high ranking officer of the World Bank will mix her up in an intricate international corruption case, whose tentacles extend from Caracas to Madrid, causing three victims: two murders and one suicide. With the collaboration of Juan Iturri, Interpol inspector and an old friend, and the enigmatic presence of the FBI following their moves, the search for the culprits begins.

With corruption for a backdrop and an intelligent mix of intrigue and reflection, this novel describes power and its internal rules of the game, while at the same time it depicts a portrait of human misery in a society which has lost its innocence. It is also a story of love and loyalty, where the image of a judge faced with the difficulties of combining the duties of her position with those of her family. A new book with the unforgettable Lola MacHor.