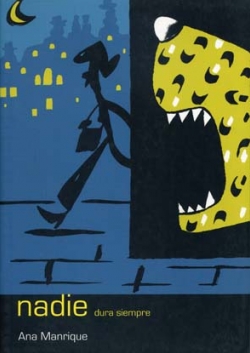 Year: 2003
Editorial: Barataria
Language: Español, Catalán
Synopsis: Which is the truth? The truth is that justice makes mistakes, that you can be crippled by a madman any day, that policemen drink and that leopard’s attack is a reality. The truth is that no longer being a kid is to begin to be alone, that growing up is to understand that living is painful. The truth is that Santa Clause doesn’t exist, that corpses don’t talk to you, God left without saying goodbye and that dreams don’t come true. Guido has spent half of his existence in misery; Gilda, his sister, running towards the abyss. Both find each other at the moment they wake up from a too lengthy lethargy. All that remained behind was lost. What could lie ahead is an enigma. There is between them and their new life, two people who have just arrived, those who left, the dead and the living. And Pearl, of a dubious past, sick with passion, consumed by the torment of unrequited love. Gilda, unstoppable, continues to escape in the opposite direction from the point she has reached after marrying, giving birth to five kids, widowing and hating her dead husband. Guido—in spite of the shell of idleness he built around him—is unable to avoid the world piercing through him with blows, forcing him to feel.