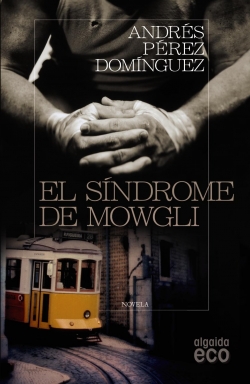 Year: 2008
Editorial: Algaida
Language: Español, Catalán
Synopsis: Rafael Montalbán has a rather unorthodox way of making a living: from Thursday to Saturday he guards over the entrance-way of a singles club and the rest of the week works as an occasional bodyguard and debt collector on other people’s behalf. But his life was not always so: 20 years earlier he was a promising boxer who was about to fight for the European Super Welter Title, but things got bungled up: he fell in love with the woman that least convened him and ended up by betraying the only person who’d behaved decently with him. Now he has decided to start anew, and when a journalist proposes a radio show to tell its listeners of his life-story this one finds this the perfect excuse to atone for his sins. But this is only the beginning. To reach the spot where his life took a wrong turn and make up for past mistakes he will have to take a trip that will take him from Madrid to the coast of Cadiz, and then to Lisbon. With a powerful story of love and revenge as a backdrop and a need to fit in, “The Mowgli Syndrome” is many things at once: it is a blunt and tender novel, where the protagonist, Rafalel Montalban who, as much as he has tried has been unable to find his place in the world, like the protagonist in The Jungle Book; a homage to Rudyard Kipling and to the books and heroes of our youth, but mostly it is Andrés Pérez Dominguez’s confirmation as a novelist, able to capture the reader with his habitual narrative flow and a first class psychological development of his characters.

“Pérez Domínguez has a very good control over narrative tension, because at each step he goes about creating small situations that hold the reader’s attention… He clearly demonstrates that he is a novelist with vast resources, especially when he plays with his trump card: restrain”. José María Pozuelo Yvancos, ABC newspaper.