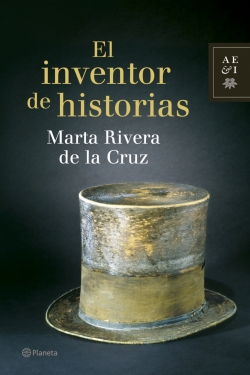 Year: 2007
Editorial: Planeta
Language: Español, Catalán
Published at: Dereta (Serbia)
Synopsis: Victorian London, colonial Havana, and the Costa de la Muerte in Galicia are the scenarios of this magnificient novel in which we find, among other things, complicated wills, hidden fortunes, a love story, a shipwreck and, above all, a keen reflection on the lies and appearances in a story of multiple adventures and personal histoires to delight the most exigent of readers. Linus Daff, the protagonist of the novel, is the catalyst of other characters such as Pedro de Almeiras or Fernando Castro de Lema which flesh out a passionate plot in which the inventor of tales, Linus Daff traces lives and pasts, the literary precursor of image consultants. Marta Rivera de la Cruz won the 1998 Premio Ateneo Joven de Sevilla with the novel Que veinte años no es nada, which won the approval of both the public and the critics. In this, her second novel, her narrative gifts are confirmed, capable of, with a brilliant pen, reaching a wide number of readers whotake pleasure in her imagination and her prodigious ability, like that of Linus Daff, the protagonist, for inventing tales.