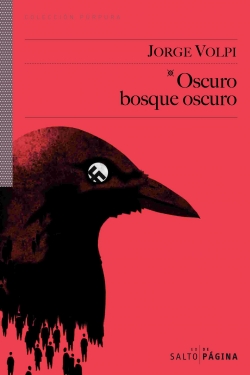 Year: 2010
Editorial: Salto de página
Language: Español, Catalán
Synopsis: Dark Forest Dark marks the clever return of Jorge Volpi to the theme which distinguished him as the author who probes the roughest areas of recent history. Having completely renewed his idea of fiction, the author of In Search of Klingsor examines extreme circumstances that occurred during World War II. In 1945, five hundred civilians who devoted themselves to pacifist activities elderly, tailors, artisans… were drafted to form battalion 303 of the police reserve, and of which were assigned to uproot the oldest problem of the Arian nation. While they were forced to persecute and exterminate their very own Jewish neighbors, some of the recruits visited a sinister forest, which combined the scenery of children’s stories with the memory of the atrocities carried out throughout such a mission. To reveal that the story took place in a European country would limit the reach of this impressive novel, Volpi’s most successful to date: a story which places the reader as one of the central characters, making him look into the role that he too plays in today’s literature.