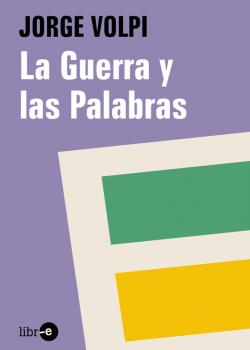 Year: 2004
Editorial: Seix Barral
Language: Español, Catalán
Synopsis: January the 1st, 1994. An armed group assaults the town of San Cristóbal de las Casas, as well as other towns in the Mexican estate of Chiapas, in the southeast of the country. Their leader, Subcommander Marcos, former Philosophy student and professor, becomes then one of the most charismatic personalities of the last years of the twentieth-century. Defending the rights of indigenous people, and advocating for a change towards real democracy, he conquered the favour of the public opinion and of many international intellectuals. Admired and criticized, Subcommander Marcos turned out to be the first revolutionary writer with a talent for humour.

Resorting not only to the means of fiction, but also to essayistic accuracy, Jorge Volpi reconstructs the intellectual atmosphere in which the Zapatista movement was born. He lets the characters speak for themselves, analyzing their words and actions, and trying to discover the true meaning of the revolt. Among the personalities portrayed in this book are Mexican politicians as Carlos Salinas de Gortari and Luis Donaldo Colosio, and intellectuals as Octavio Paz, Carlos Fuentes, and Manuel Vázquez Montalbán, are some of the personalities portrayed in this book.