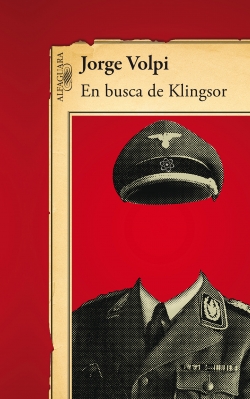 In 1946‚ Francis Bacon‚ a brilliant young American physicist‚ is pursuing research under the guidance of Albert Einstein‚ Kurt Godel and other great minds of modern science. But because of a series of personal indiscretions he is forced to accept an altogether different‚ more sinister‚ assignment: uncover ?Klingsor?‚ Hitler?s foremost advisor on the atomic bomb. But who is Klingsor and where might he be found?.

Bacon?s efforts to expose the truth take him to Germany and to Gustav Links‚ a survivor of the failed attempt to kill Hitler in 1944. With Links at his side‚ Bacon is able to reconstruct a map of European maths and physics and embark on a journey that will lead him to some of the greatest scientific thinkers of the time‚ including Heisenberg‚ Schrodinger and Bohr‚ all of them suspects. As the search for his seemingly omniscient adversary intensifies‚ Bacon is drawn deeper and deeper into the secrets and lies of post?war Europe and into a complicated relationship with a mysterious and alluring woman whose motives are unclear.

Part mystery‚ part psychological puzzle‚ part spy story‚ ?In Search of Klingsor? is already an international bestseller. It has been compared with Umberto Eco?s ?The Name of the Rose? in its ability to fuse its many elements ? science‚ metaphysics‚ mathematics‚ philosophy ? into a single compelling narrative and will delight anyone with an enquiring mind.