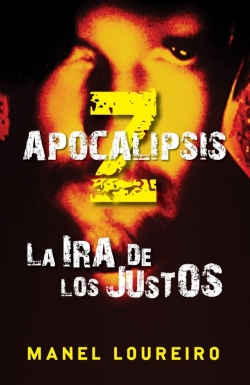 Year: 2011
Editorial: Plaza & Janés
Language: Español, Catalán
Published at: Amazon (English worldwide), Urco (Gallego), Panini (France), Muza (Poland), Casa Editrice Nord (Italy), Heyne (Germany).
Synopsis: The survivors from the Zombie Apocalypse have an opportunity; they’ve been rescued at sea by one of the last remaining organized groups of the Living that exist on the planet. Forced to accompany their rescuers, they reach the Gulf of Mexico, a place that seems to flourish under the benevolent command of a mysterious preacher. Despite the illusions of the entire city acting as though the Apocalypse had never broken loose, they soon discover that something sinister lies beneath this paradise… Trapped in a whirlwind of ambitious, rival groups, casts and religions that compete for supremacy, while eternally surrounded by an ocean of the Undead our protagonists are determined to do what they do best: Survive.