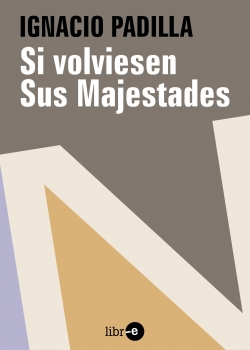 Year: 2006
Editorial: Booket
Language: Español, Catalán
Synopsis: This is not a novel. It is the last draft of a novel that never existed; a draft that constantly self destructs; an intimate diary which aspires to become public. It is written by the lonely responsible of a kingdom abandoned by its masters. Between albino lizards, telephones, televisions, little stories and remorse, this story’s narrator lives in exile from time and space. He is only accompanied and comforted by his jester, the only one to understand the tragedy of his life and to follow him to the end of the world.

With this novel, where the Apocalypse reaches unusual language, Ignacio de Padilla has accomplished one of the most audacious and entertaining feats of Mexican literature in the last decades. Fatalist and comic version of the search for the Holly Grail, “If their Majesties Returned” spells out better than ever why the absurd is useful at explaining the human condition.