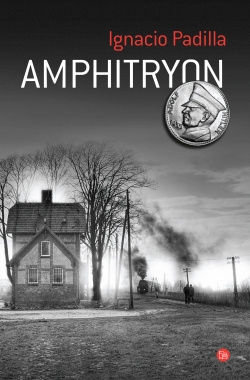 1943: The Second World War. The Amphitryon project is on the march. A small legion of doubles are training to substitute certain Nazi leaders in public appearances of high risk. The operation is suspended on the infiltration of a reduced group of Jews in their ranks. 1960: The Nazi, Adolf Eichmann, colonel in the III Reich is detained in Buenos Aires with a false name. Despite numerous testimonies denying it was he, Eichmann is judged and executed in Israel. Who was that man really?

With spectacular master of the language and a plot that ensnares the reader from the first line,Ignacio Padilla has constructed an intrigue, as passionate as it is diabolical: the life of a few men, who, with the identity of others, decided the lives of millions of Jews and protagonized one of the most critical moments of recent European history.