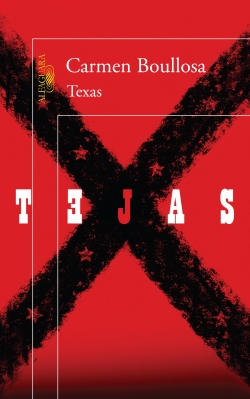 Year: 2013
Editorial: Alfaguara
Language: Español, Catalán
Synopsis: Loss of half of the Mexican territory was recent. After Texa's independence, its annexation to theUnited Statesand theUS's intervention inMexicothat pushed its borders south, the region's Mexicans suddenly found themselves living in another country, having to face the American's greed. Thus, one day in 1859, on the bordering city of Bruneville, Texas, Sheriff Shears insults Nepomuceno: “Shut up, you greasy oaf”. The aggrieved is a rich Mexican land-owner, and the aggressor a bad American carpenter who wears the badge because no-on else wants to. The news of the insult spreads quickly throughout Bruneville, reaches the Nueces river, makes an incursion into Apachería territory, travels toward the south, crosses over theRio Grande, and moves along the neighboring city (Matasánchez), and continues. They both draw their guns and Shears is wounded by Nepomuceno's shot, who flees, crosses the river and camps on Mexican territory. The hardly contained hatreds is quickly unleashed. The rangers prepare their revenge. An army of variegated volunteers forms around Nepomuceno and invadesTexas.