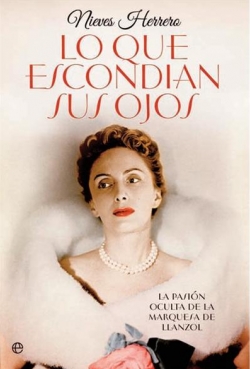 Year: 2013
Editorial: La Esfera de los Libros
Collection: Novela histórica
Literary Category: historical fiction
Language: Español, Catalán
ISBN: 9788499708898
Format: Hardcover
Pages: 669
Published at: España
Synopsis: One autumn night in 1940, the High society enjoys a brilliant party at the Ritz hotel in Madrid. The war ended over a year ago and the aristocrats and new military hierarchs are anxious for distraction and to show off their finery, oblivious to the hardships of the rest of Spain. One woman stands out apart from the rest; tall, blonde and wearing a gown from her dressmaker and friend, Balenciaga, her beauty has no rival; she is Sonsoles de Icaza, wife of the Marques of Llanzol. Suddenly, her eyes meet with the man of the moment: the flamboyant new Minister of the Exterior, Ramón Serrano Súñer. They both shine like traffic lights in the midst of the crowd that surrounds them and their irresistible attraction will, from that instant on, be inevitable.

In a devastated country and in an environment of false neutrality, with the Second World War on the doorstep and the Nazis and Allies looking to Spain for support and the all powerful “beloved” brother-in-law of Franco, the Marques and Serrano Súñer live a clandestine passion. A forbidden love that gave fruit to a child: Carmen Díez de Rivera, a figure of enormous importance thirty years later, during the Transition.  Although her father never recognized her legally, the scandal was such that it split up the government forever and that both families kept the matter secret as if it never existed.