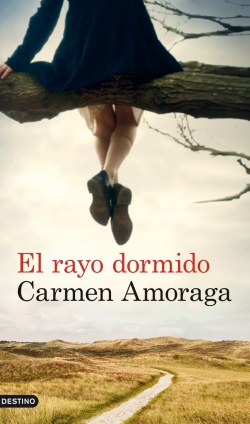 Year: 2012
Editorial: Destino
Literary Category: contemporary fiction
Language: Español, Catalán
ISBN: 978842332713-3
Format: Paperback with flaps
Pages: 448
Synopsis: Natalia Soler is a journalist with an urge to write and who, after losing her job, applies for a research grant with a project regarding two neighbors of one same town who lived the Spanish Civil War from opposite sides. One of them, José Emilio, was a priest and was murdered during the war. The other, Antonio Almenar, actively fought against the fascists, and was part of the fabled 9th Company, made-up of Spanish Republicans who liberated Paris from the Germans, and whose heroic deed fell into historic oblivion.

While she is busy collecting testimonials for her book, Natalia receives a message from the past through Facebook. Carmen, an old friend who disappeared out of her life without warning, wants to meet up with her, which will awaken in Natalia the memory of something which was left unresolved and goes to prove how an inconsequential spark can unleash an unforeseen fire years down the road…

Two women and two sides of an old story which was never really told, peopled with historical and anonymous characters of Spain’s recent past, winners and losers, wisely and humanly portrayed, with the lights and shadows of life itself.