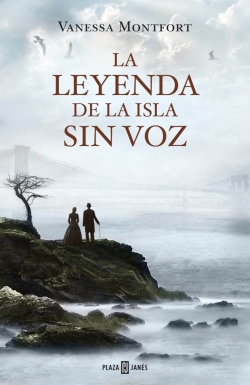 New York, 1842. Blackwell Island, located in the East River in front of Manhattan is the gloomy place where the people who reject the conservative society of the moment are confined. Run by the iron fist of Mr. Scraugh and by the obscure Head Nurse, Miss Grady, dozens of criminals, prostitutes, orphans, lunatics and sick people are hoarded in its buildings. A prison, an asylum, a hospice and a nursing home.

At the age of thirty, Charles Dickens is already a successful writer. He is on tour in the United States when he receives a mysterious anonymous note inviting him to discover the secret and treasure of Blackwell. There he meets Anne Radcliffe, a young and committed nurse, who will accompany him in this adventure. While he faces the mysterious dangers of the island, and the plots of corruption and cruelty become more menacing around them, Dickens decides to narrate a story to the inmates to try and draw them out of their hopelessness. This story will be the seed to one of his most famous works: A Christmas Carol. But it won’t narrate the tight bonds that will arise between its protagonists, and which could endanger his marriage, his reputation as a writer and his very own life.

“Vanesa Montfort talks to us about the world’s infinite pain, but also of the infinite hope in this lovely Gothic story, startling and moving, full of magic and shadows.” ROSA MONTERO

“A brilliant novel in which the reader will find, besides a magnificent story, characters worthy of the very Dickens himself.” CARMEN POSADAS