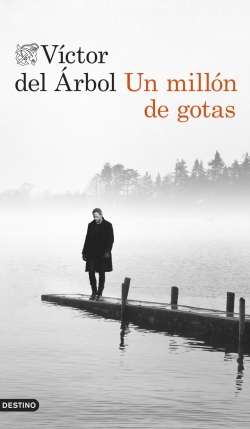 Gonzalo Gil is a lawyer who leads a life not akin to him, in an ill-fated career, trying to dodge the constant manipulation of his omnipresent father-in-law, an all-powerful character with a very long shadow. But something is about to jolt that monotony.

Three years without news from her, Gonzalo learns that his sister Laura has committed suicide in dramatic circumstances. Her death forces Gonzalo to tense to unexpected boundaries the fragile thread from which hangs his life as a father and a husband.

Resolutely implicating himself in the investigation that has led to his sister to suicide, he will discover that Laura is suspected of having tortured and murdered a Russian gangster who in the past had kidnapped and killed her young son. But what looks like revenge is only the beginning of a tortuous road that will drag Gonzalo into unheard areas of his own and his family’s past that he would rather not face. He will have to delve deep into the fascinating past of his father, Elias Gil, the great Resistance hero who fought Fascism; the young Asturian engineer who travelled to the USSR, committed to the Revolution’s ideals, and who was subsequently denounced and confined in the dreadful Isle of Nazino, and who in turn will become a key character, admired and feared, in the darkest hours of Spain’s history.

A fascinating story of betrayed ideals, of lives shaken by implacable destinies, a visceral and profound story of long-lasting love and postponed vengeance.

What has been said about Victor del Árbol’s work:

“There is a Spanish author who can stand up to Scandinavia’s crime fiction: Victor del Árbol.” Jordi Basté, Rac 1

“Victor del Árbol’s novels go beyond the thriller’s classic codes. The skillfulness with which he deals with the comings and goings of the different periods of history is quite impressive.” Bastien Bonnefous, Le Monde des livres

“We firmly believe this author deserves better; his books rank, if not above, in the category of authors such as Stieg Larsson.” Mystery Tribune