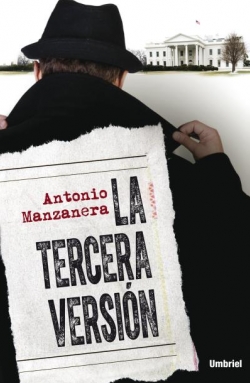 Year: 2014
Editorial: Urano
Collection: Umbriel Thriller
Literary Category: police, black and suspense
Language: Español, Catalán
ISBN: 978-84-92915-51-4
Format: Paperback with flaps
Pages: 320
Published at: España
Synopsis: In August of 1985, in the final throes of the Cold War, a KGB cornel by the name of Vitaly Yurchenko shows up at the American embassy in Rome, wanting to defect. For the CIA it is a godsend: Yurchenko is the highest ranking official to have fallen into their hands. He is immediately taken to Washington in a ghost flight. However, three months later, Yurchenko eludes his CIA handlers and shows up at the Soviet Embassy in Washington claiming to want to return to Moscow.

The affair baffles all the intelligence agencies. The Americans believe they failed to properly treat the coronel, and this why he has decided to return home. The Soviet version, on the other hand, is that Yurchenko was a fake defector sent to fool the CIA.