No digas que me conoces 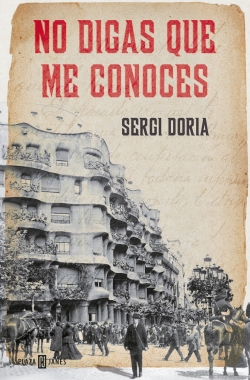 The period’s press reported on his feats; more than a thousand frauds to different banks throughout the world and seven cheated wives. Those who knew him or were ripped off by him swear he dressed elegantly and when he disguised himself he did so with class. So much so, that on several occasions he even passed himself off for Alfonso XIII.

No digas que me conoces, “Don’t Say You Know Me”, is an extraordinary novel that presents us with an enigmatic character who revolutionized the Barcelona of twenties of the previous century. The fascinating adventure of an out-of-the-common man that turned fraud into an art form and who proved that the most powerful banks of the period could be taken to the cleaners.