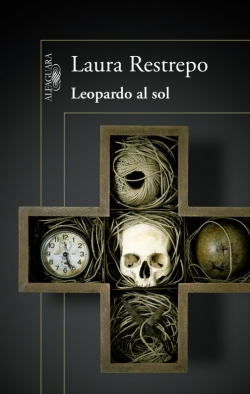 In Laura Restrepo's stunning novel, a feud between two Colombian drug families escalates into a bloody, high-stakes war that will leave no one in its path untouched. The Barragáns and the Monsalves are rival clans, each steeped in wealth and power, each subject only to laws of their own making. The similarities end there. While the Barragáns, headed by the brutal Nando, remain tied to the ancient traditions, the Monsalves grapple with whether or not to follow Mani, their charismatic and conflicted leader, into a modern age in which even fewer rules apply.  As both clans ponder the profits they might reap from an expanding global cocaine trade, Nando and Mani are faced with the consequences of their violent pasts--and forced, by their disillusioned women and the prices on their heads, to reckon with the possibility that nothing will be left once all their bullets have found their targets.

Rife with sensual detail, this epic story of lust, betrayal, and revenge is as timeless as interfamily conflict and as immediate as today's news.

“A small marijuana boom in the Sixties preceded the cocaine explosion [in Colombia].  No one has described it better than Laura Restrepo in her thrilling novel Leopard in the Sun [Crown/Vintage] ...Historically accurate, it has been beautifully translated.” --ALMA GUILLERMOPRIETO, THE NEW YORK REVIEW OF BOOKS

“With Leopard in the Sun...Restrepo steps into the realm of, let us say, a Mario Puzo: a writer who captures a hitherto hidden way of life, not only for those who know something about it, but for readers in other places, reading in other tongues.  A writer who illumines a world.” --MARIE ARANA, THE WASHINGTON POST BOOK WORLD

“An impeccable writer and a courageous person.”  --ISABEL ALLENDE

“Basing her transcendent novel on contemporary events in her native Colombia, Restrepo tells a riveting tale of the vicious war between two families made wealthy by crime...Brutal, intense and beautifully written.”         --PUBLISHERS WEEKLY