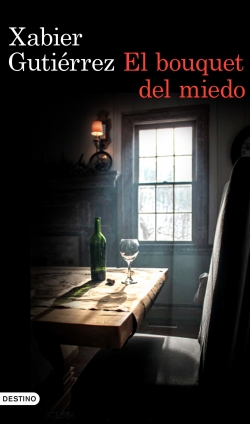 Year: 2016
Editorial: Destino
Literary Category: police, black and suspense
Synopsis: A few days before the harvest on the most important plot of the Marbil estate, where the grapes used for the prestigious VVV vintage are grown, the oenologist heading up the production, Esperanza Moreno, is found dead in her house, with her throat cut and a pool of blood on the floor. It appears to be a crime of passion because she is several weeks pregnant. Now a deputy inspector in the San Sebastián police force, Vicente Parra will take charge of the case, which grows more complicated with the mysterious disappearance of Esperanza’s boyfriend Roberto and some apparent connections with the secrets of the Sáenz family, the owners of the estate.

This is the beginning of the new novel by Xabier Gutiérrez, who has managed to reinvent the noire genre, mixing it with a world he knows like the back of his hand: that of gastronomy.