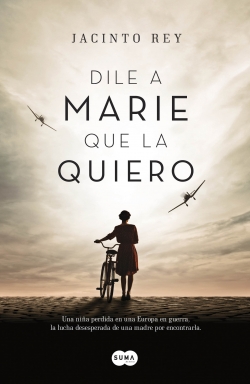 She is a children’s storywriter, he a Jewish actor. They’re a couple and before the latest events and her family’s neglect, who have disowned them, they’re forced to take flight in search of a future and safe home for their daughter, who is growing inside Mathilde’s belly. Their objective is to move to Argentina. However, on their way to Paris they are forced to stop at the small town of Morly because Mathilde goes into labor.

This will change their plans and they decide to stay there for some time to raise their little Marie, and in 1943 chose to move to England. But to do so they’ll have to do so as stowaways. Erik will travel with his daughter and later Mathilde will join them. Unfortunately a storm sinks the ship, Erik dies and Marie is rescued and taken in by Robert Lauglois, the mailman of the coastal town of Saint-Coulomb. Deeply affected by the news, Mathilde decides to do whatever it takes to find her daughter and will go as far joining the French Resistance to achieve her objective.