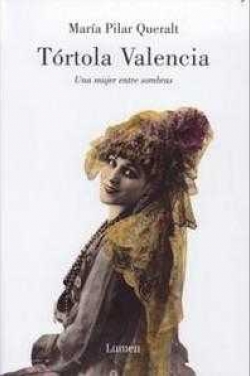 Year: 2005
Editorial: Lumen
Language: Español, Catalán
Synopsis: Published by Lumen, this is a biography of a Spanish dancer, Carmen Tórtola Valencia, daughter of a very humble and poor man form the south of Spain. She was given in adoption to an English family, who gave her an exquisite education in London. In the early years of the 20th Century she moved back to Spain and began dancing in Madrid, where she became the Muse of many intellectuals and writers of the time such as Pío Baroja, Valle-Inclán, Maurice Maeterlinck or Ruben Darío. She is said to have had romances with men and women, who fell to her feet charmed by her special personality. However, and as the biographer has found out, all her public life was an effort to ‘create’ a character, a persona, whose private life was jealously kept in the most strict silence.