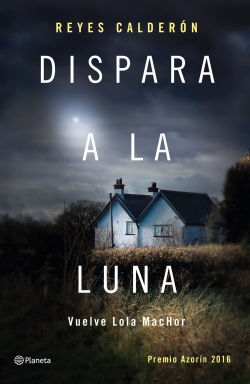 Year: 2016
Editorial: Planeta
Literary Category: police, black and suspense
Language: Español, Catalán
ISBN: 9788408154211
Format: Softcover
Pages: 608
Synopsis: Lola MacHor receives an unusual SMS from Juan Iturri, Interpol inspector in Lyon. It’s only two enigmatic references, but her instinct tells her that he is in trouble. Meanwhile, a letter with the seal of the terrorist organization arrives at the Government’s Presidency, claiming responsibility for Iturri’s kidnapping.
Along with their requirements, they announce his death in a week’s time if their demands are not met. Villegas, the greatest Spanish antiterrorist in French soil is put in charge of the case, and Lola, thanks to her stubbornness, manages to get included in his team. They have four days to liberate Uturri, but nothing is what it looks like.
The most authentic Lola MacHor will not let down her most faithful readers, who, besides enjoying her humor and fine nose, will be able to understand the complex bonds that bind her to Juan Iturri, and the ravages that hate and vengeance can cause