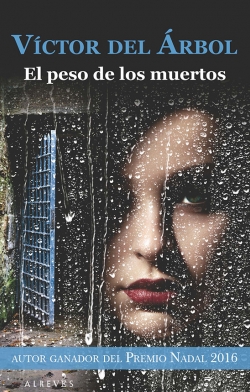 Year: 2016
Editorial: Alrevés
Literary Category: police, black and suspense
Language: Español, Catalán
ISBN: 978-84-16328-61-1
Format: Paperback with flaps
Pages: 288
Synopsis: We like to believe that we can go back over the past, but the memory of the past resides in our subconscious, and our story is at times the fruit of our imagination. Therefore when Lucía receives a call from Spain while in her home in Vienna in September 1975, she decides that it’s the time to go back to Barcelona and face the ghosts that enslave her. She knows that her world is not exactly how she has conceived it and she is already tired of running and lying, because of that, she cannot postpone facing reality. But, as she feared, her dead come back twenty years later as soon as she walks through the streets of Barcelona and the pain, distress and the fear once again return. Franco is dying, but the hard core of the regime is still alive, with people like the North African Ulises and his accomplices, in a Spain in decadence that struggles between a decrepit system and the new airs of change. Meanwhile, Liviano has spent more than three decades in the Modelo prison. He is possibly the only person capable of reconstructing the true story of the general Quiroga and his wife Amelia at the beginning of the dictatorship. Also the stories of Nahúm Márquez, Lucía’s father, and of course, his own existence, in a duel between love and torment. The weight of the dead leads us to our inner memories and the fear of its own meaning.