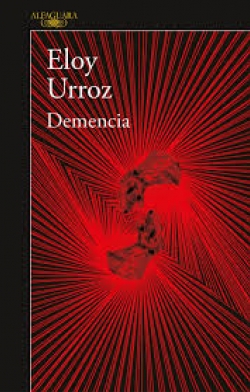 A black and surrealist novel, Dementia is the hallucinating story of the violinist Fabián Alfaro, who on the Thursday 27 of June will publicly play Beethoven’s three Opus 30 sonatas. Time is of the essence… However, each time he tries to practice with Daniela, his accompanist at the piano, another woman appears: Herminia, half dream, half witch, possible half-sister to Daniela.

But, who is this woman? Does she exists? Why does everything come crumbling down into madness after their meetings? What imprecise relationship does Hermina have with the two murders? Or is it perhaps her father, “the man with the thin moustache”, the true magnet that unites and unhinges the lives of Dementia?