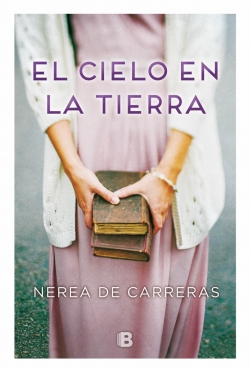 Year: 2016
Editorial: Ediciones B
Literary Category: historical fiction
Language: Español, Catalán
ISBN: 9788466660372
Pages: 300
Synopsis: The daughter of a prominent diplomat and intellectual, Julia—whom all call Juliette—has grown up in Paris, Geneva and New York. When she arrives in Madrid during the Second Republic and meets women like Victoria Kent or Zenobia Camprubí, she starts thinking differently about her future. She also falls madly in love with Miguel Ángel, a student at the Students’ Residence and a staunch communist.

The outbreak of the Civil War will force Juliette to flee the country in hurry with her family, without being able to say goodbye to her first love. Translator for the BCC during the Second World War, a professor at Oxford... The main character will live through different experiences while she tries to find out what has happened to Miguel Ángel. Has he died at the front? Where is he buried?

Through her work as a historian she will discover the fascinating story of Catherine the Great: exiled, like herself, also forced to fight in a man’s world and always motivated by passion. A parallelism will be established between these two women that, in spite of all the difficulties, never cease to seek their “Heaven on Earth”.