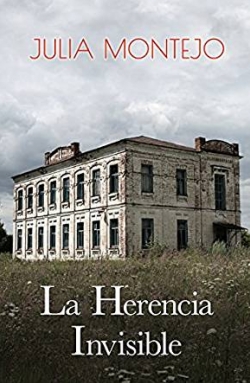 Year: 2016
Editorial: Epublibre
Language: Español, Catalán
ISBN: B01M4OQ3SD
Format: Digital
Pages: 290
Synopsis: Madelaine, a 36 year old, young doctor, finds herself obligated to return to the home that her ancestors, the Martinez Durango family, have in San Gabriel upon the death of her aunt Rosario. The Durangos, the principal family of the town, are the owners of the largest part of the lands and of the most prosperous businesses, but also the great legend of misfortune and numerous rumors weighs on them…

For Madelaine, who always felt an aversion to that house and everything about it, her return will mean reencountering her other aunt, Clara—an old woman with a dominating and possessive character towards a world that no longer exists—and with her past. A dark past in which too many questions float around without being answered: what happened to her grandma Olivia, who was erased from the family history? Why did her mother disappear without even telling her goodbye? What is the relation that ties her mother to her aunts?