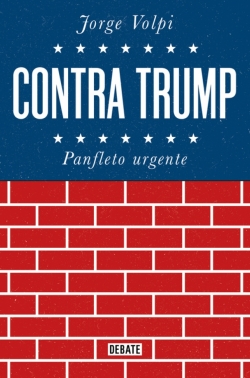 His electoral victory says much about the most powerful country in the world and its people, but also about us as a society. Now, faced with xenophobia, misogyny, nationalism, populism and other characteristic Trump offenses, how should the rest of the world defend itself?

With the best style of political pamphlets and libels from the 19th and 20th centuries, Jorge Volpi raises his voice against the new president of the United States, his ideas and actions, proposes a clear and rational understanding of his dangerous thinking, and also politics, counterbalanced and measured to confront the worst consequences of his administration.

Contra Trump (Against Trump) is an urgent pamphlet written by the prestigious Mexican author Jorge Volpi, which alerts of the extreme danger that Donald Trump represents for our civilization.