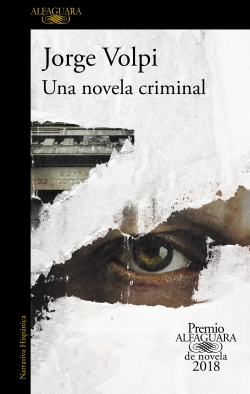 Winner of the Alfaguara Award 2018

All that is written in this novel are actual facts. All its charac-ters are of flesh and blood, and the story, skillfully unraveled and with light cast on in all its nooks and corners thanks to thorough research, is real.On December 8, 2005, south of Mexico City, federal police arrests Israel Vallarta and Florence Cassez, accusing them of kidnapping and belonging to a criminal organization. On the following day, at 06:47 AM, the TV stations Televisa and TV Azteca broadcast live the break-in of federal agents at the ranch Las Chinitas, the freeing of three hostages and the de-tention of Israel and Florence. On the following days, the de-tainees will be tortured, denied their basic rights and the num-ber of charges will grow. But when the defense lawyers point out the inconsistencies between the arrest reports, the tele-vised videos and the defendants’ version, a race against time ensues to uncover one of the biggest police setups in the his-tory of Mexico, whose development rocked the foundations of Felipe Calderón’s government and ended with a diplomatic incident between Mexico and France.A ruthless narration when it comes to depicting the ins and outs of power, the deepest roots of corruption and its reach, as well as the muddled mechanisms of justice, “A Criminal Novel” is also a brave denunciation of the social price of the policies that declare war on crime without putting a stop to its causes.