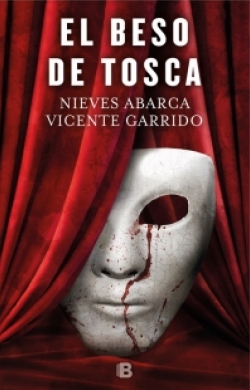 Year: 2018
Editorial: Ediciones B
Language: Español, Catalán
Pages: 543
Synopsis: Locked up in a hotel in the Paseo de Gracia, three individuals are planning an event that will shock the city and the entire country, but they are simply shadows in a city that has its own nightmare: a bloodthirsty serial murderer that has the police on edge. Meanwhile, an opera singer confronts the murder of his best friend and the difficult challenge of succeeding for the first time in the grand Teatro del Liceu…

The reader will feel the guilty pleasure of being trapped in the different plots of the opera world, the ins and outs of boxing, the trafficking of women and the corruption of power, that intertwine in each chapter till the climax of the last pages. And, if this were not enough, a threat unbeknownst to everyone moves relentlessly towards the terrible end.