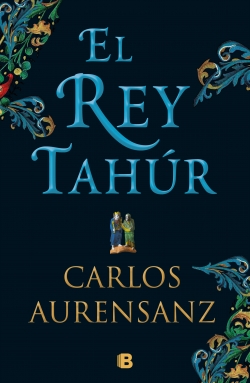 Year: 2018
Editorial: Ediciones B
Literary Category: myths, legends and sagas
Language: Español, Catalán
ISBN: 9788466663526
Format: Hardcover
Pages: 848
Synopsis: Kingdom of Navarre, year of our Lord 1188. Tudela, the town that is home to the Court, is living a moment of effervescence decades after Alfonso the Battler seized the territory back from the Muslims. The new jurisdiction has drawn hundreds of foreign settlers to a place where everything is still to be done: the fortress is turning into a castle and royal seat, the Moorish quarter expands beyond the city walls, churches are erected everywhere, by the hand of the Cistercians, monasteries and convents and the powerful military orders finance their presence in the Holy Land with patronage from the fertile lands of the Ebro.

The works of the new collegiate church are advancing and it is necessary to occupy the site of the old mosque. Nicolas, a young quarry worker apprentice from Burgundy is working on its demolition when the pavement appears to yield beneath his feet. He returns in the night to discover a hidden crypt under the old mihrab and, in it, apparently forgotten, a Muslim chest with an aged scroll in its interior. It will be the discovery that not only marks his own destiny, but of anyone else who knows of its existence, of the Kingdom of Navarre and, ultimately, of all Christendom.