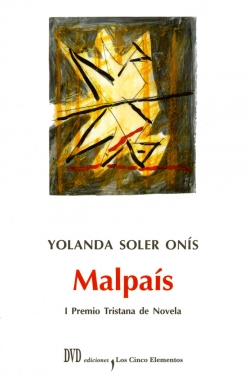 Year: 2003
Editorial: Dvd Ediciones
Literary Category: police, black and suspense
Language: Español, Catalán
Format: Softcover
Pages: 172
Synopsis: In 1992, on an Atlantic island besieged by the Sirocco, the Judicial Police Officer, Gumersindo Roca, is faced with his past while investigating the death of Elda Meyers, a French sculptress who had been his lover in the early seventies. The investigations take place in various urban scenarios, in a suffocating climate that intensifies as the plot progresses. Roca, a quiet official fond of origami, will be involved in a series of police intrigues and love affairs. As a backdrop, ambition, the loss of identity, the disproportionate urban growth and the different faces of immigration, all come together in a city that witnesses the slow death of the port that made it grow.