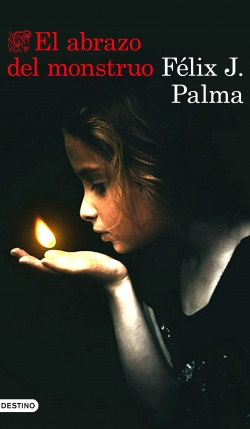 Year: 2019
Editorial: Destino
Literary Category: police, black and suspense
Language: Español, Catalán
ISBN: 9788423354894
Format: Paperback with flaps
Pages: 730
Synopsis: Diego Arce is a renowned writer of mystery novels who is going through hard times. Since the publication of his first novel, which catapulted him to fame, he has been unable to achieve the same success and, after much pressure including a few other literary failures, he agrees to his editor's pleas to resurrect in a new installment the character to whom he owes his success: a psychopath nicknamed "The Monster", who kidnapped girls in modernist Barcelona.

But one night, while Diego and his wife attend a party, someone decides to turn fiction into reality and revive "The Monster", kidnapping Diego's seven-year old daughter, Ariadna, and in a macabre game, suggest three tests that Diego must overcome live on the internet, if he wants to recover his daughter. Thus begins a terrible race in two directions to discover who is behind the kidnapping: all while proving to the world how far he is capable of going to save his daughter, Diego will also have to piece together his life, with the help of his wife and Police Lieutenant, Gerard Rocamora, to try and figure out who from out of his past could bear him so much ill will.

A story about the terrors and ghosts of childhood and how they project into adulthood. A story of overcoming, of love and of facing our deepest fears.

What would you be capable of doing to save your daughter?