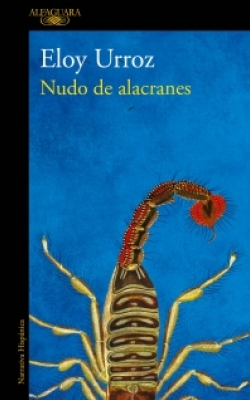 Lawrence in Mexico. Lawrence in Oaxaca. This is Fernando Alday's obsession, the confessed murderer of Irene Dávila Cienfuegos, the prostitute whom he loved and whom he will murder 25 years later, after leaving his wife and two children in the United States.

"Scorpions' Node" is the terrifying confession of a crime of passion, but also the story of another unredeemed passion: that of British author D.H. Lawrence for Mexico, for Frieda von Richtofen, for literature and for a dream that he cherished his entire his life: to create a colony of artists in some far off place, a phalanstery of like-minded intellectuals, friends willing to drop everything to follow him in his pilgrimage and madness, that which, a hundred years later, leads Fernando to create his own commune—his ashram of love—in the center of Oaxaca.

To abandon civilization and its customs, to lose oneself in barbarism, to break with the social norms that constrain the human being ... "Scorpions' Node" does away with all sorts of institutions: marriage, family, work, religion... It is with these elements that Urroz intertwines two stories: that of author D.H. Lawrence—historically accurate and well documented—and that of Fernando Alday, who just might have more in common with the author himself. 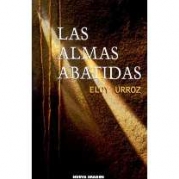