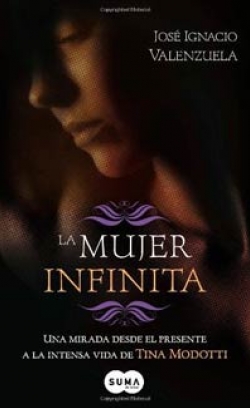 Year: 2010
Editorial: Suma
Language: Español, Catalán
Synopsis: Pablo Cárdenas is a screenwriter who is presented with a new project: to write a script so that a movie can be made around the life of Tina Modotti, the Italian photographer internationally known not only for being one of the most important photographers of the twentieth century, but rather for suffering a tragic life. Pablo turns the idea over in his head a thousand and one times, without being able to capture all the richness and vivaciousness of the character, until going over some harrowing experiences that Tina Modotti lived in Mexico he discovers one of the most passionate women ever heard of. Thus, he pieces together the intimate encounters with her lover, Julio Antonio Mella, the Cuban leader, exiled by his country’s dictatorship; the world of her ideas, her discussions and political and artistic adventures, by the side of key characters such as Diego Rivera. But, above all, we discover a woman both fragile and willing to fight for her convictions, who allows herself to live guided by passion and who leaves a deep imprint in the culture of the twentieth century.