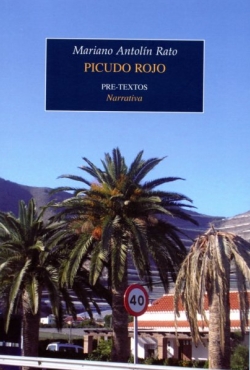 Year: 2010
Editorial: Pre-textos
Language: Español, Catalán
Synopsis: An old and lonely sea dog, a retired man close to the sea, is visited by his niece. But the minute they are both comfortably settled in, visitors from hell show up: three fugitives on the run, three dogs but of another herd, young and cruel, move into his house and take them hostage. The intruders, two men and a woman convinced of their strength and boasting of their will to apply it, submit their prisoners to humiliations and cruelties, by establishing the realm of arbitrariness, disorder and mutual rivalry, without hardly knowing how they got there and much less where they will end up. In this distressing panorama, the relative composure of the old sea dog and the cub’s common sense seek formulas to extricate themselves from their jailors by keeping their sangfroid before the latter’s excesses. With personalities individualized in actions, gestures and language, with situations that accumulate and overlap, and with humor in spite of it all, Mariano Antolín Rato has created a threatening atmosphere, oppressive, frightful, that traps holding the suspense till the very melancholic and violent end.