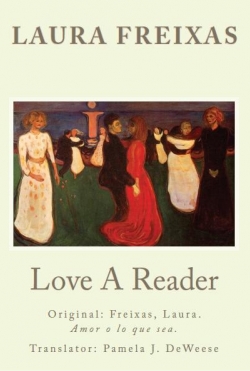 Año: 2014
Editorial: AK Digital
Idioma: English
ISBN: B00ORXAL46
Formato: Digital
Sinopsis: Blanca meets Leo, a married, Argentinean author in exile, who uses her in an effort to enter the publishing market in Barcelona. They have a short, passionate affair that she expects to become more, but, as Leo comes closer to finding the right agent and presenting himself for a literary prize that he thinks will help assure his future success, it becomes clear that he never considered her or her feelings at all. She was simply a stepping-stone to other connections, other people to seduce in one way or another. The visceral way in which the author narrates Blanca’s hopes, fears, illusions and subsequent disillusions gives the text its vibrancy and constant sense of movement. The scene of absolute despair as Blanca internalizes the extent to which she allowed herself to be used, and the comic and yet absolutely rational way in which she resolves her feelings and steps into her own as a fully adult woman is liberating for the reader as well. Blanca is a reader who becomes an author. She grasps the truths about human nature, across time and different situations, from her ability to read critically—not just the written word, but, finally, the reality of which she is a part. She gains insights about herself and others and then passes those on to her readers.