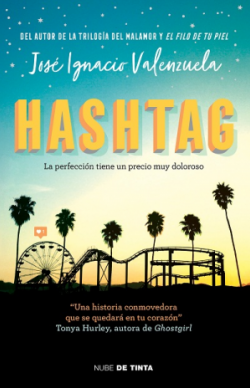 Year: 2017
Editorial: Nube de tinta
Language: Español, Catalán
Pages: 256
Synopsis: Eric is a teenager who has everything: parents that consider him to be the best son in the world, a mansion in Los Angeles, an unconditional friend and classmate who is as mysterious as she is attractive.

Chava, on the other hand, has lost everything except his will to live. He’s been in the hospital for months, and from his bed he longs for the noise of the streets, his home, and a woman who has a dragonfly tattoo.

The two never would have met, but life decided to put them together. What could such different guys have in common? Very little, besides that they have decided to hide their real feelings in order to survive. Will Chava be able to put together the pieces of his past and come to terms with the present? Will Eric be able to confess the terrible secret that torments him and which caused his parents’ accident?

Armed with only a phone and Instagram, they will have to face their own demons, without filters or hashtags.