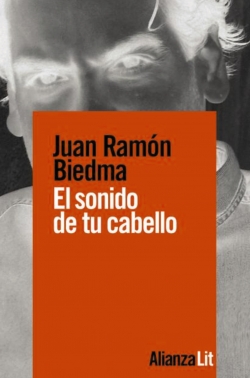 The most crime-ridden and fatally romantic of Biedma's stories, winner of the XXI Premio Unicaja de Novela Fernando Quiñones.

It dawns in the three thousand dwellings, Seville, one of the most dangerous suburbs in Europe. From the evangelical church, cordoned off by riot police, a team of forensic operators exit, pushing a stretcher with the tortured and mutilated body of a young woman. Inspector Perpetua Carrizo, in charge of the investigation (and responsible for another search, life-and-death, which does not appear on any record), enters the neighborhood, before the worried expression of her colleagues. Set Santiago, a lawyer who after serving five years in prison, survives as a court appointed lawyer and collecting payments for a moneylender, will be in charge of the alleged murderer's defense, opposite Sacramento, the counsel for the prosecution.

A brilliant scenic gaze and a set of characters of great narrative power complete this finely fitted cog that moves between Seville and Ciudad Juárez, and has decades of unsolved femicides, clandestine workshops, drug supermarkets and a lot of moral ambiguity. In the shadow of the "mule", the gypsies' specter, comes back life to settle pending accounts.

"Elegant when it comes to portraying the world's wickedness. When one reads Biedma, he or she know that they are before something else." Carlos Augusto Casas, PÚBLICO